Songs To You About You (Islands Songs)

Booklet for the exhibition “Songs To You About You“, a project by Berlin-based artist duo Islands Songs (Nicolas Perret & Silvia Ploner) in collaboration with ar/ge kunst (Bozen, IT) and Transart Festival 18. 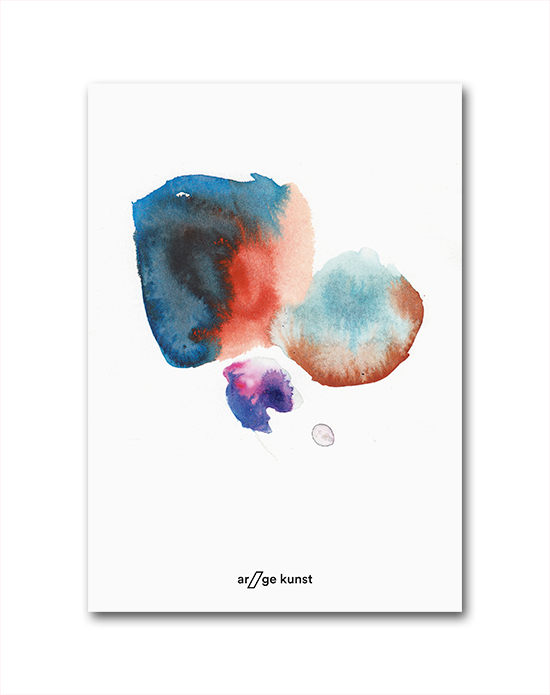 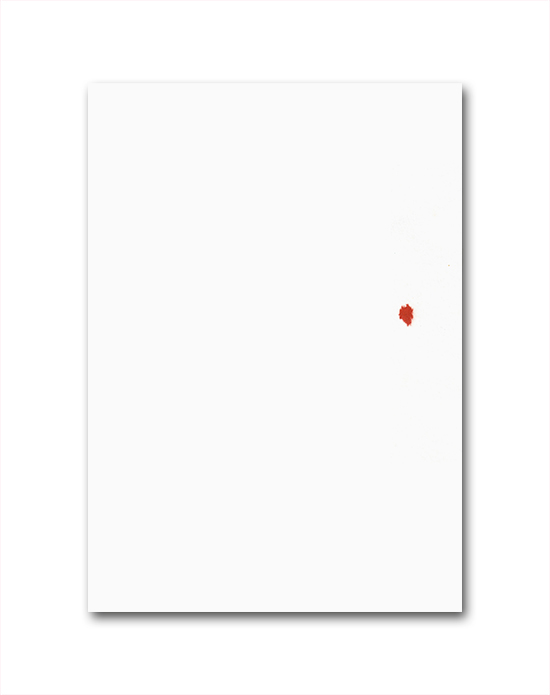 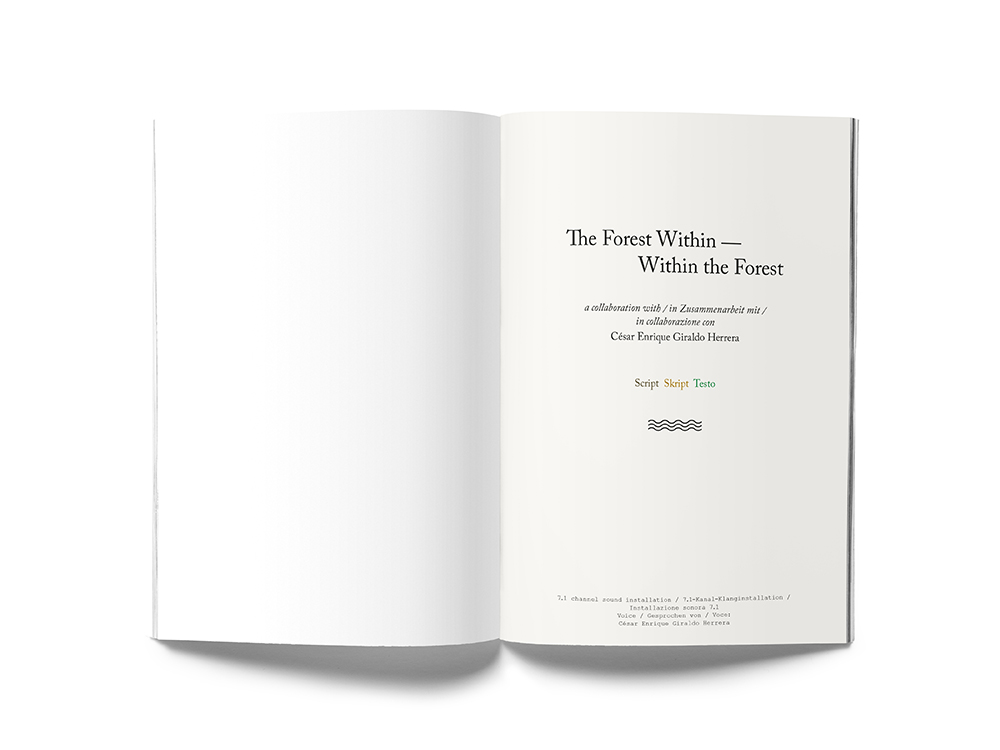 (from the curator’s statement) …The nucleus of the project is the 7.1 channel sound installation “The Forest Within – Within The Forest”, a collaboration with Colombian anthropologist and biologist César Enrique Giraldo Herrera. Entangling a spoken fabulation with a polyphonic speculative score, the piece investigates indigenous narratives and knowledge of the natural world as well as sound and listening as methods for exploring the ‘non-tangible’. While the fabulation, co-written by Giraldo Herrera, sounds out animist understandings of reality by adopting various perspectives, the polyphonic score is inspired by shamanic conversations with the ‘forest within’ and delves into interspecies communications in the Amazon rainforest… 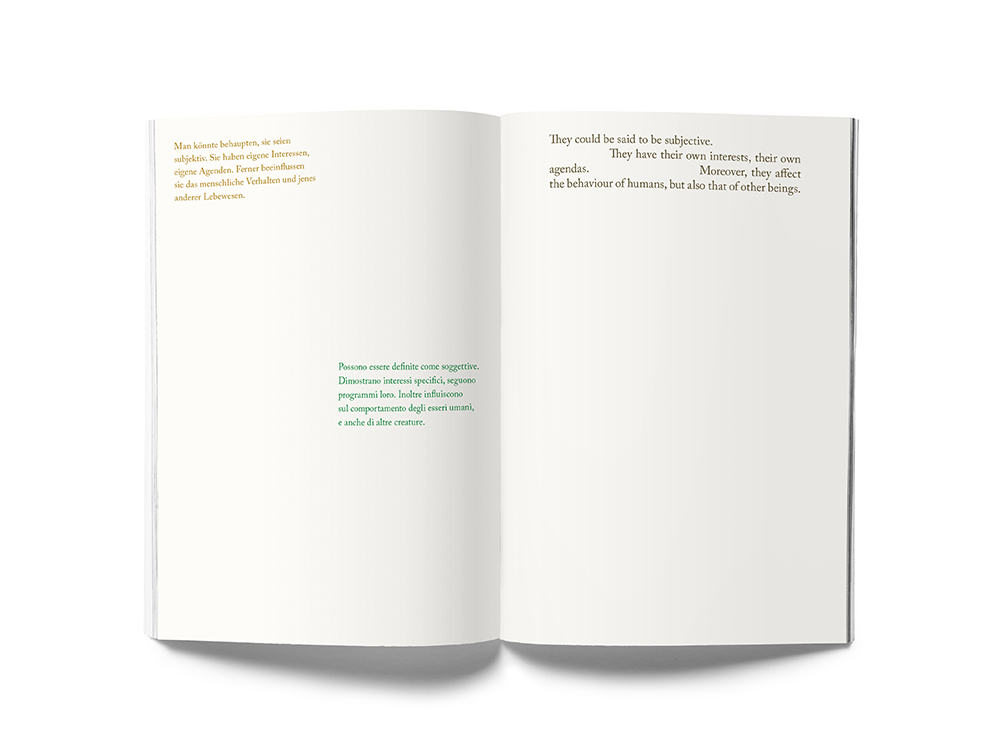 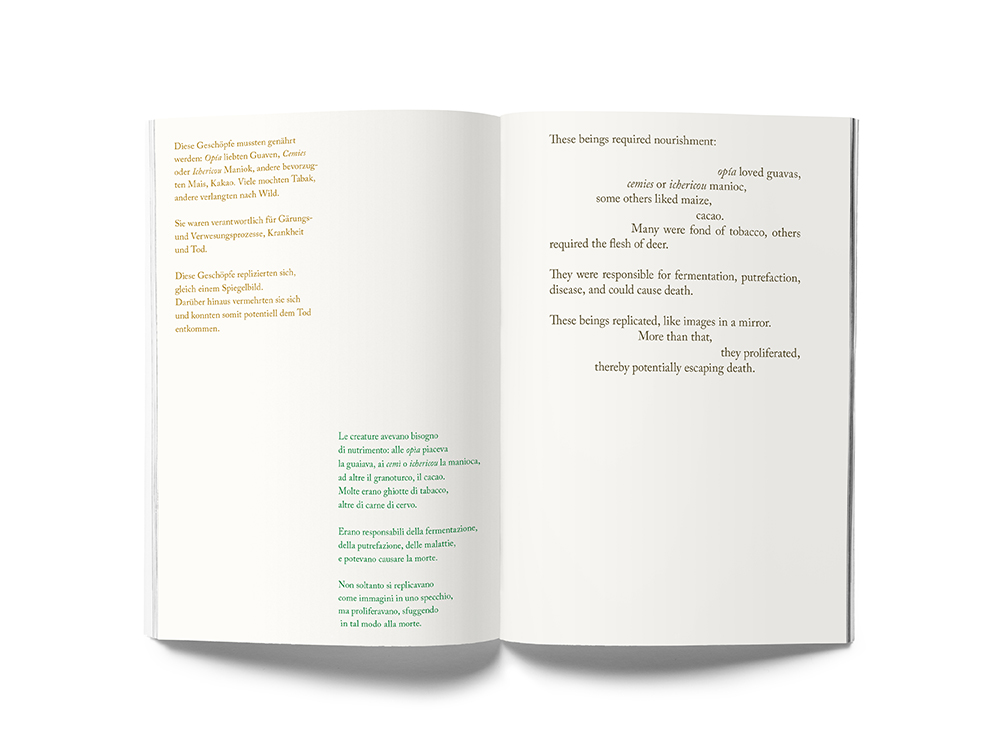 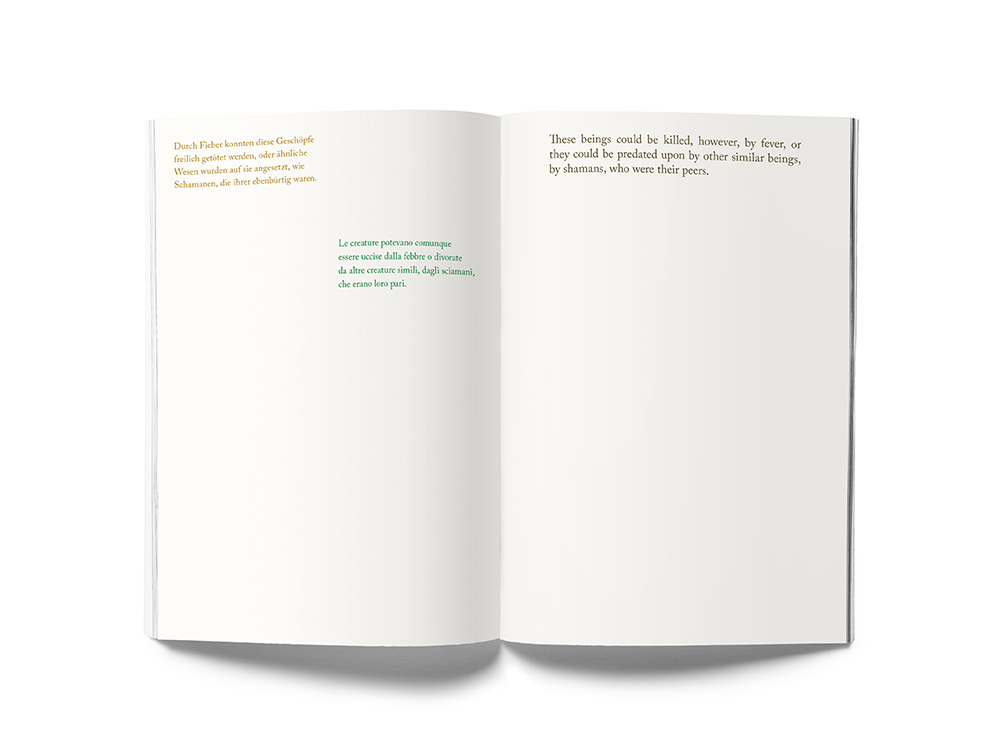 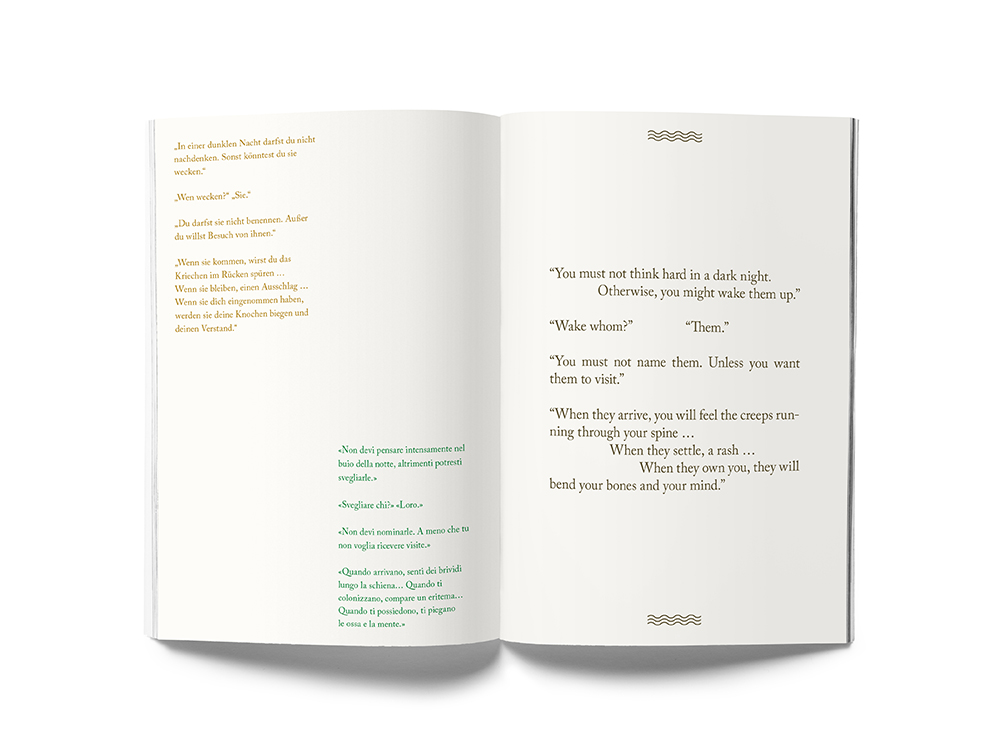 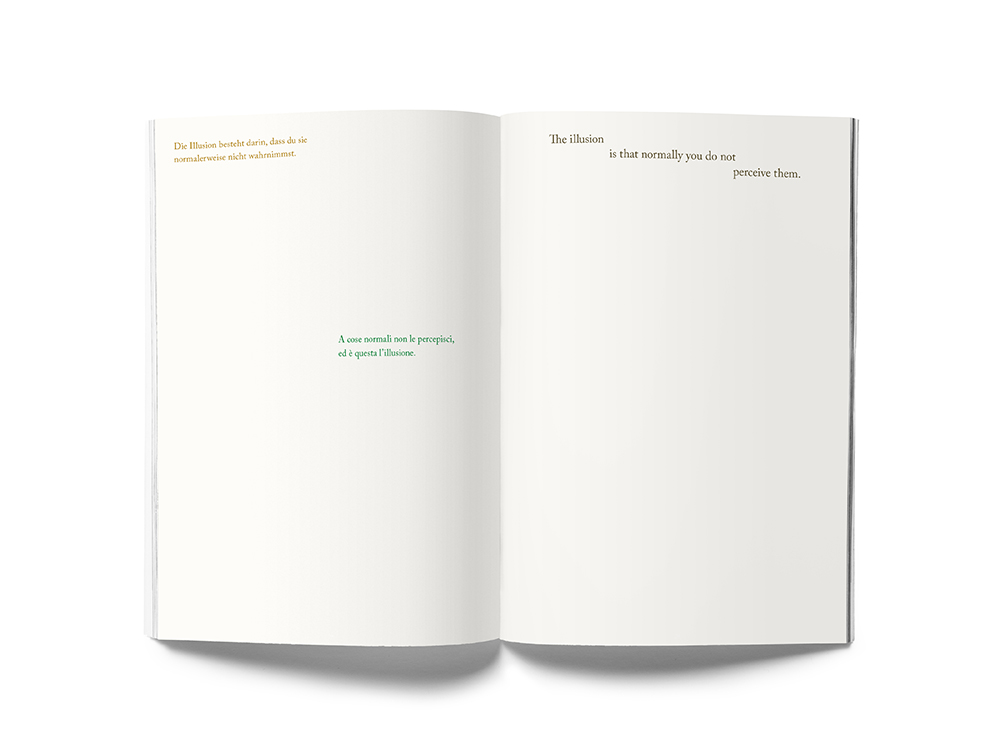 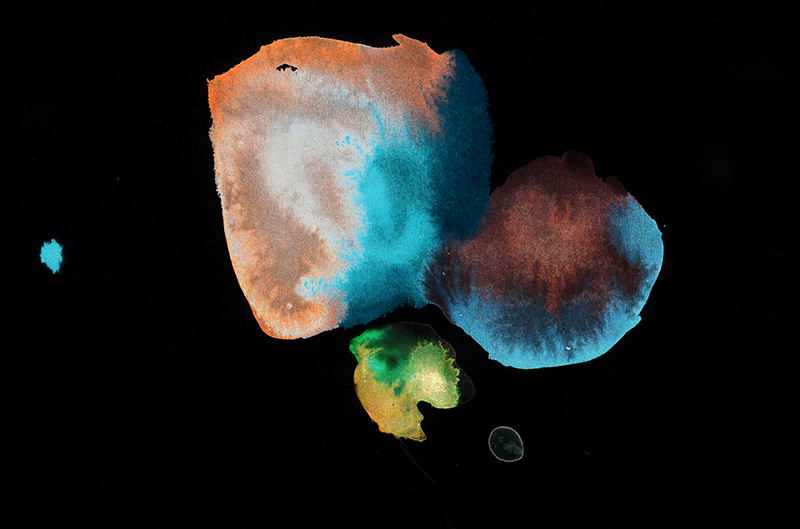 A color-inverted version of the artwork has been used as visual in the collaboration with Transart Festival 18 and the special event with the american composer Charlemagne Palestine.

(from the curator’s statement) …With “For Indigenous Yeasts and other Microbes”, the second work presented at ar/ge kunst, Islands Songs have set the process of transforming grape juice into wine to a soundtrack consisting of three acts written for and dedicated to microorganisms active in the production of wine. The piece – both an experiment with South Tyrolian vintner Thomas Niedermayr (Hof Gandberg, Appiano) and a soundtrack realised in collaboration with American artist and composer Charlemagne Palestine – refers to the ancient tradition of humans and microbial communities collaborating to produce food and beverages.